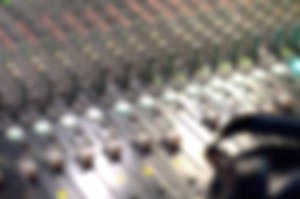 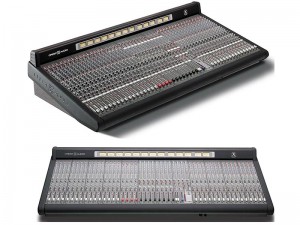 The X-Eight HS is a dual-function console, equipped for both front-of-house and stage-monitor duties. Designed specifically for live-performance, professional sound contracting, industrial, rental, and installation applications, the X-Eight HS provides those features most needed by front-of-house and monitor engineers. The X-Eight HS includes identical four-band eq on all mono and stereo input chan- nels, and auxiliary sends 5/6 and 7/8 may be switched between mono or stereo operation. Signal monitoring is provided on all input and output fader channels, assisting the operator in setting correct gain structure throughout the console. Stereo full-facility input chan- nels are used for effect-returns on all faders.Twelve-channels of five- band eq are provided on the Aux and Matrix outputs, switchable to the group, left, right, and mono outputs. A microprocessor-based muting system is provided on both inputs and outputs, and may be operated manually or in sequential-mode.
sound fundamentals
Even in the most demanding environments, the sonic performance of the X-Eight HS is sure to please discriminating sound engineers and audiences alike. The X-Eight’s circuitry delivers both extended headroom and low-noise: exclusively employing the latest-generation of integrated circuits and studio-grade proprietary-design micro- phone pre-amplifiers.The X-Eight HS console has exceptional phase-shift performance, exhibiting less than +/-30 degrees-of-shift from input to output—significantly better results than most consoles, regardless of price.
microprocessor-based muting system
The X-Eight HS’s straightforward microprocessor-based muting system was co-developed with JL Cooper, and combines muting flexibility with ease of operation. Eight manual-mute groups are provided, each with a dedicated activation-switch, any number of which may be activated at one-time.The system includes 128 MIDI- based sequential scene mutes that can work alone, or in conjunction with the manual mute groups. Scene mutes can be controlled via external MIDI signals, and each of the 128 mute scenes may be pre- set to issue a MIDI program-change command to an external device.

X-Eight consoles are supplied with either 24, 32, 40, or 48 mono input channels, plus four full-featured stereo line-input channels— which can also serve as effect-returns.These standard configurations include Master and Group modules—all other inputs may be ordered as mono-mic/line or stereo-line, in four-channel blocks.
built to defy murphy’s law
X-Eight HS consoles are manufactured to the same exacting quality-standards as all Crest Audio console products. Each input channel has its own discrete vertically-mounted circuit board,
for greater impact resistance and serviceability. All circuit boards employ plate-through double-sided glass epoxy construction —providing greater strength and integrity. The console’s road- worthy external frame is fabricated from 14-gauge galvanized steel. X-Series power supplies utilize amplifier-engineering technology to deliver stable voltages and long-term reliability, and provide built-in facilities for a redundant back-up supply—ensuring that the show will always go on.